All lives are a journey, and Thy Kingdom Come is a journey of prayer from Ascension to Pentecost. 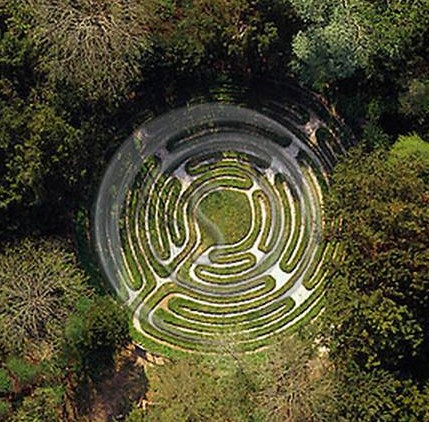 In medieval times, pilgrimages were journeys inspired by faith.  Journey to the Holy Land, to Santiago de Compostella, to shrines in England.

constructed to allow for people who could not leave their villages to make a journey inspired by faith. A journey with many turnings but only one destination.

These are differnt in concept to a Maze or Labyrinth (such as we see at Hampton Court) where many routes to the centre are - and there are even blind alleys that go nowhere. 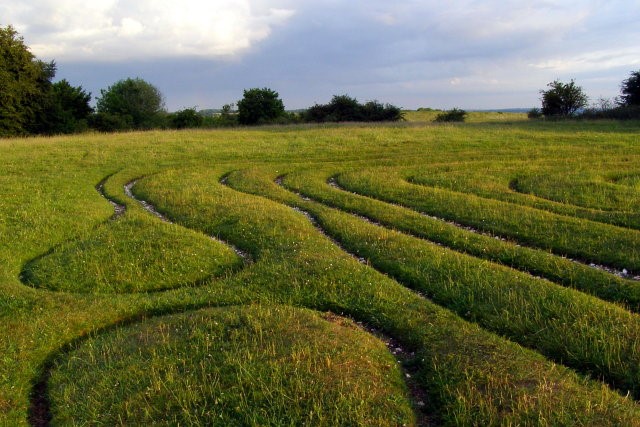 (the other is at Saffron Walden, Essex). More commonly the turf itself forms the raised path, which is marked out by shallow channels excavated between its twists and turns.

According to tradition, monks used the maze for their penances, painfully traversing it on their knees. It is said that you can hear the ghostly cries of the monks as they were made to crawl along the gravel floor on their bare hands and knees.