Stuart's Thought for the Day 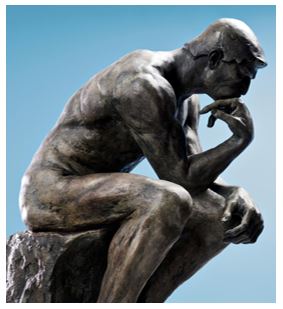 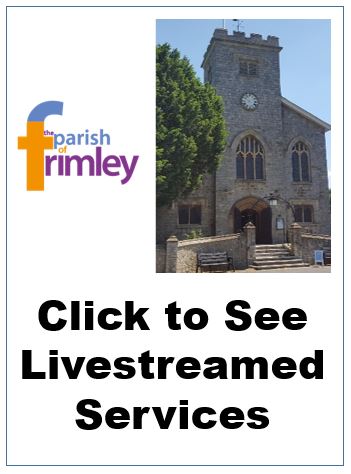 no.26 - though I didn’t call it that initially. At the time we were nearing the peak of the first wave, our minds focused almost 100% on the number of deaths and the near-catastrophic scenes in most hospitals as medical staff tried to limit the numbers dying and bring healing and hope to the desperately ill. One year on and it’s become a weekly blog, and we’re giving grateful thanks for one person who has died at the end of a long, productive, fruitful life, remembering those who will miss him so much personally. We haven’t forgotten the victims of Covid, nor those who are still struggling with its consequences, but the end of one chapter in the story of the Royal Family has coincided with what we hope will be the end of an uncomfortable 13-month long chapter. So light a candle and pour yourself a drink as we reflect together on endings and new beginnings this lovely spring evening.

Thomas wasn’t present when Jesus came to the other friends. So they told him, “We’ve seen the Master!” Thomas responded, “I won’t believe that until I’ve seen the holes made by the nails in his wrists and put my hand in them. And I’ll need to examine his wounded side too!” The following week Thomas was present when the friends met again in the house. The doors were locked but Jesus joined them anyway, saying “Keep calm!” He turned to Thomas and said, “Come on Thomas, take a good look at my hands and side. It’s OK to touch them if you want to. You need to get over your doubts now and learn to trust.” Thomas blurted out, “You’re my Lord and my God!” Jesus replied kindly, “It’s easy for you to trust me now you’ve seen me, but those who trust me without seeing me will be even more rewarded and joyful.”  (John 20:24-29)

Most of us can remember very rare occasions when we’ve met or shaken the hand of someone really well-known. I’ve not really mixed in high society, but I did once meet the Duke of Edinburgh and shake his hand. He came to visit our school on its 350th anniversary, and I happened to be playing cricket as he appeared outside the pavilion. My team were about to take the field, and I was padded up to keep wicket. We waited nervously as he greeted both sides, shook our hands, and encouraged us to go out and enjoy our match – he obviously loved cricket! He was engaging and able to get alongside 15-year-old lads in a way which rather surprised us – not at all the ‘Royal Highness’ we’d expected. With his inimitable style, dislike of pomposity and quick wit he has been a part of all our lives for longer than most of us can remember.

Reading and seeing accounts of his life I can’t quite comprehend that when I was born, he was already married with two children!  The Royal Family has a very defined succession plan, as we’re all aware, but Jesus’ friends had little idea what would happen next. He’d captured the imagination of so many, especially the poorest, but infuriated the authorities. They’d seen him nailed to a Roman gibbet, and then sealed in the garden tomb of a wealthy follower. But not for long. The massive boulder covering the entrance had been found pushed aside, and the friends who’d made their way there early that third morning found it empty, apart from someone who said, “Don’t worry, Jesus is alive!” And now he kept appearing unexpectedly, though not when Thomas was around. Refusing to accept the others’ word for it, Thomas wasn’t going to believe them until he’d proved for himself that Jesus was alive again. You have to admire him! And in this account we see his response to the risen Jesus who passes no judgement on him but simply allows him to experience for himself the reality of the resurrection.

The disciples couldn’t yet understand what would happen next, though they knew nothing would be the same again. As we pray for the Queen and the Royal Family in their bereavement and grieving we can grasp that for them there will be major changes in the days and years ahead, that a very long era is gradually giving way to something radically new. And there will be significant changes for everyone as we emerge from worldwide lockdown and start reimagining our lives as individuals, as a community, as a church and as a global society facing the realities of climate change and its resulting inequalities and injustices, causes very dear to Prince Philip’s heart.

We pray for the Queen and Royal Family to know God’s comfort and peace in these days and give thanks for Prince Philip’s lifetime of committed and dedicated service as a committed Christian. But please also take a moment to think and pray about the concerns which mattered most to him - especially young people and the environment – and how together we might continue to promote them.

God of majesty, give rest to your servant Philip,
who, having served his Queen and Country
has passed from this life, full of years yet strong in spirit.
As we give thanks for his life,
as Prince and husband, as Consort and family man,
we pray that all he has done may continue to bear fruit
in the lives of individuals and the life of this nation,
to your honour and glory, through Jesus Christ our Lord.  Amen.